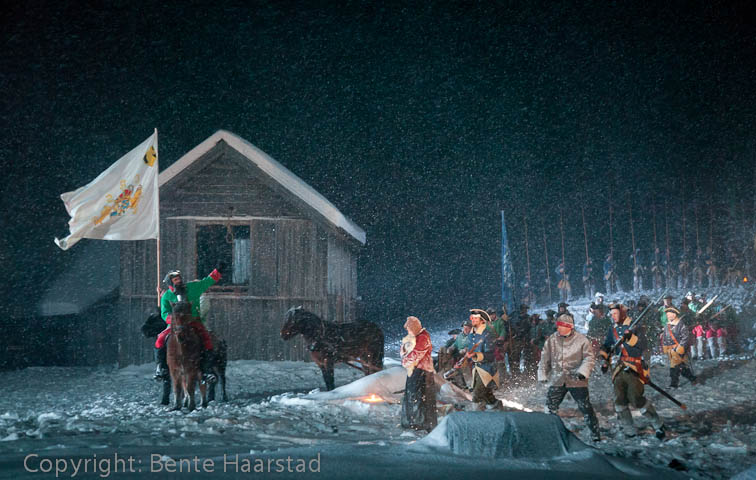 Last night I went to the dress rehearsal for the play Karolinerspelet, performed outdoors in a mountain village every second year in January. It was downright like entering a blizzard: snowing horizontally, vertically and in whirlwinds. But as an actor told me a couple of days before, “some snow make this even more realistic. It is fantastic!” 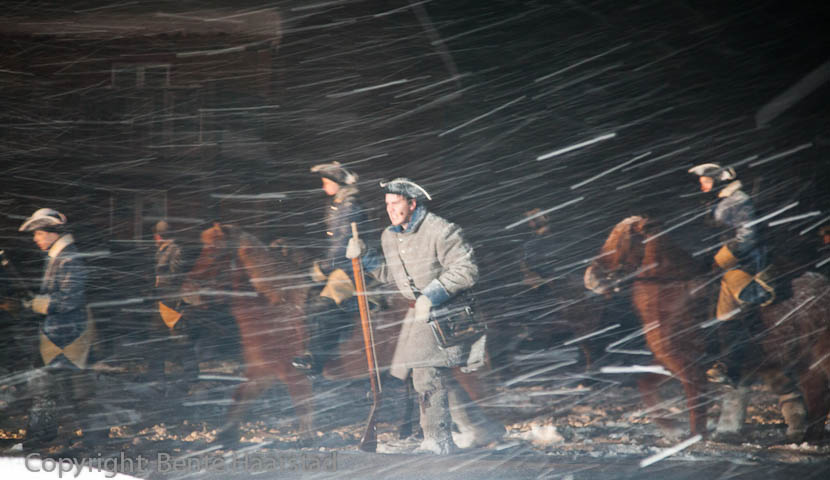 Karolinerspelet tells about a swedish army, the Caroleans who were the soldiers of the Swedish king Charles XII. On new years eve in 1718 they arrived in the norwegian border village of Tydal on their way home after a futile attempt to conquer the norwegian city of Trondheim (They did not even try). The next days more than 3000 cold and hungry soldiers died in a winter storm trying to cross the mountains to go home. 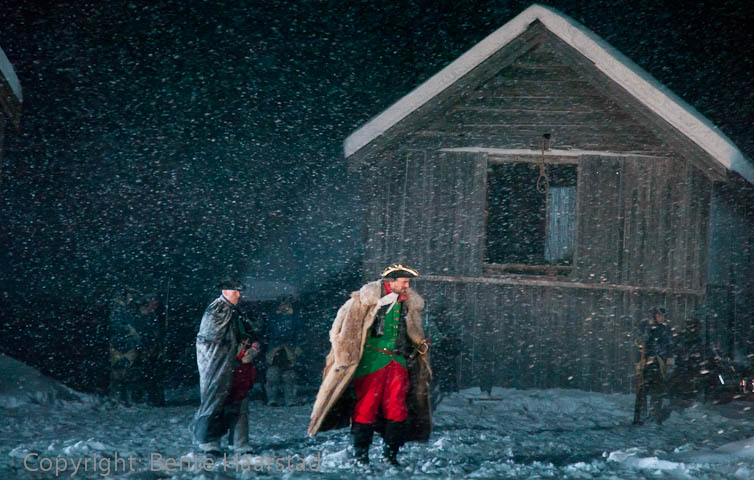 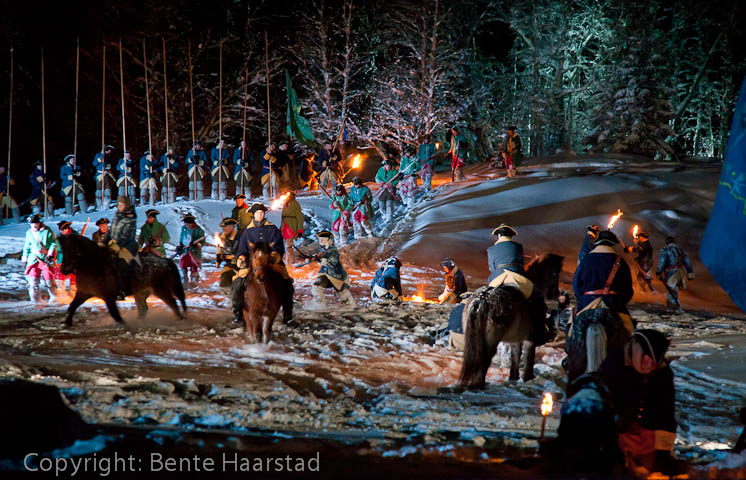 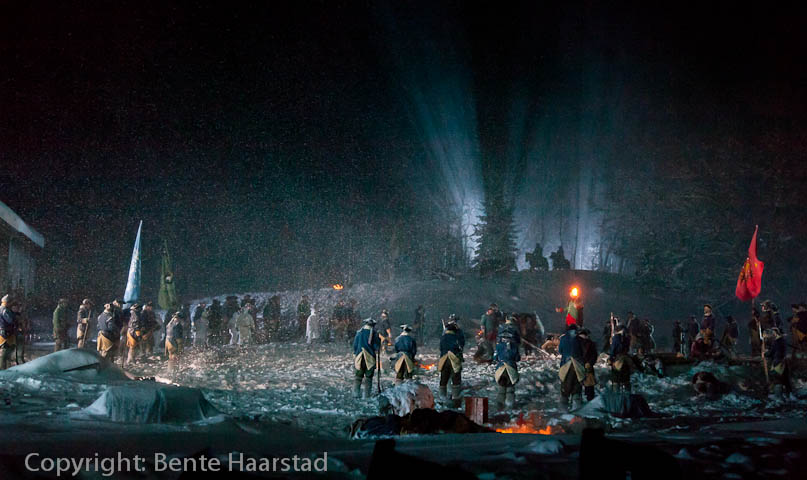 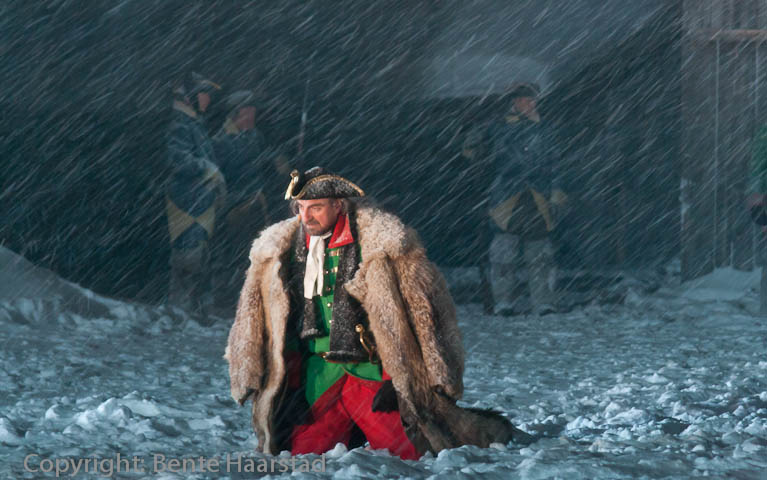 The play is performed this weekend with the actor Paul Ottar Haga as the swedish general who was leading this tragic mission, Carl Gustav Armfeldt. It is a great play regardless the weather conditions, but the audience have to dress accordingly, and they do. And if you feel a little bit cold it is not so bad. You actually feel this sad story even stronger. I have more photos from Karolinerspelet 2012 in my web gallery. Also photos from 2008 and 2005. 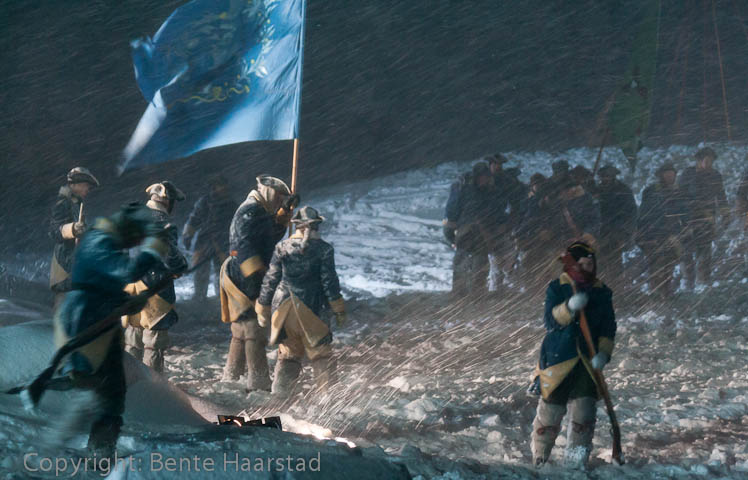 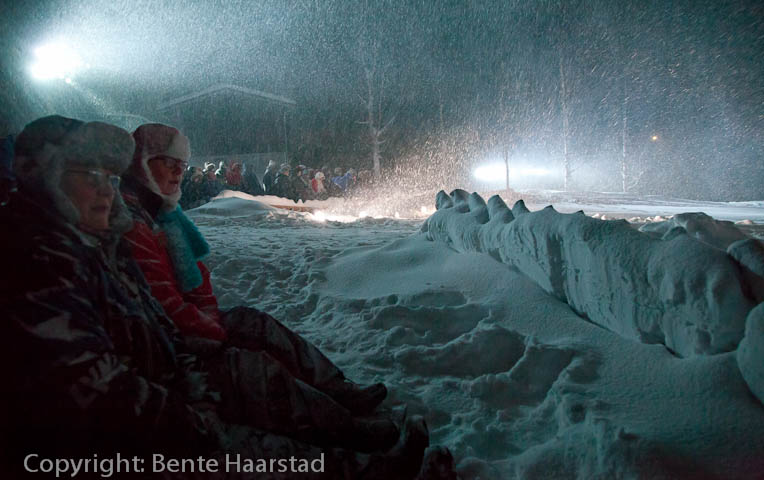 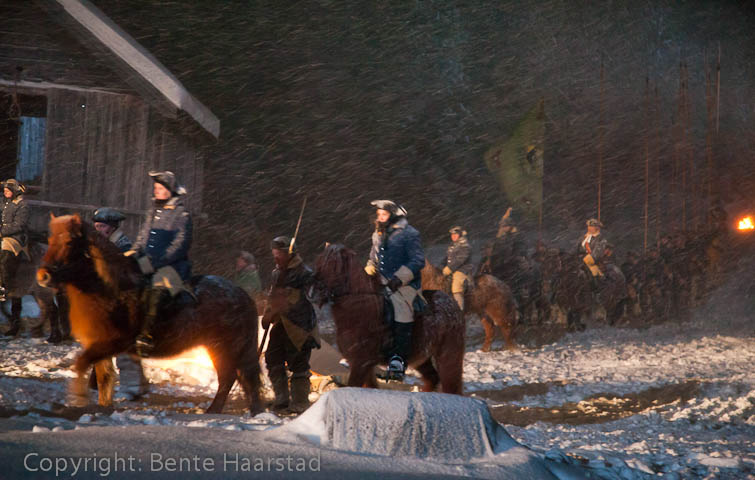 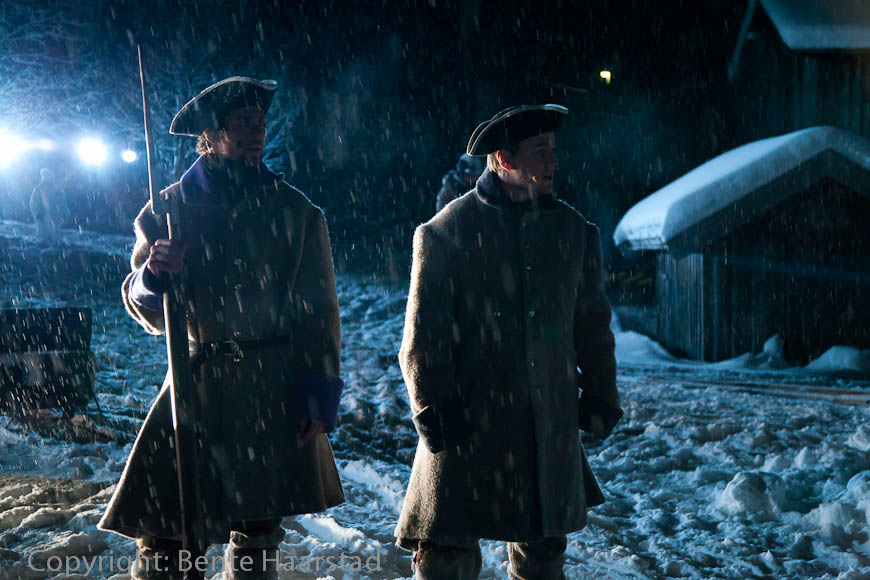 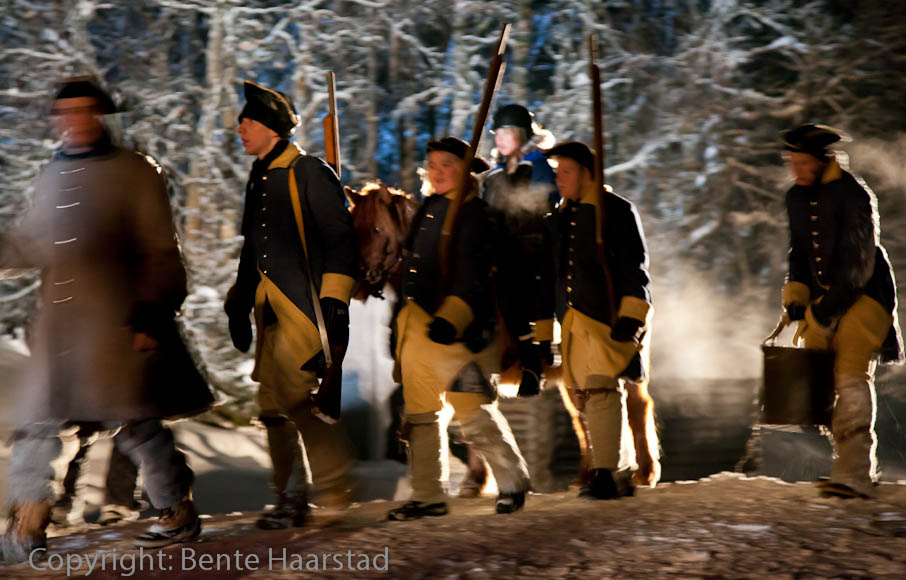 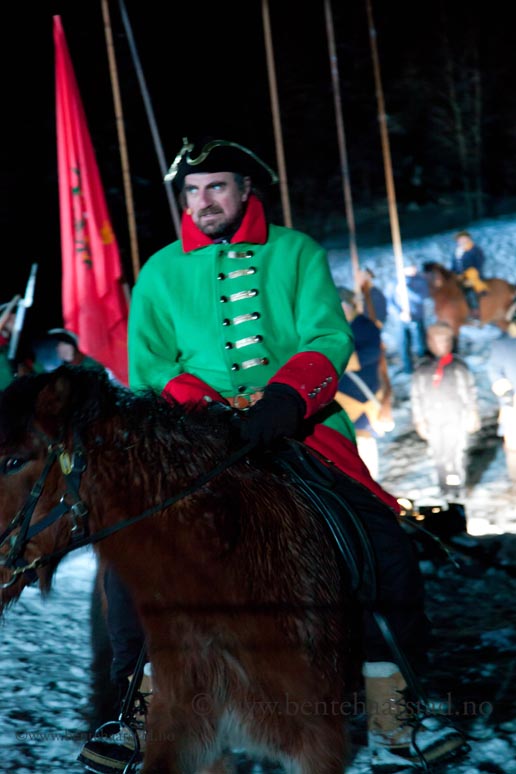 General Carl Gustaf Armfeldt arrived in Tydal with 5.700 soldiers. About 3.500 froze to death in the mountains on their way home to Sweden. The general himself (played by the actor Paul Ottar Haga) was paid well after the unsuccessful campaign, and lived untill 1736.

The next play in Tydal will be in January 2014, but the small city of Røros also have open air theater with another version of this story, every year in August, that is Elden. 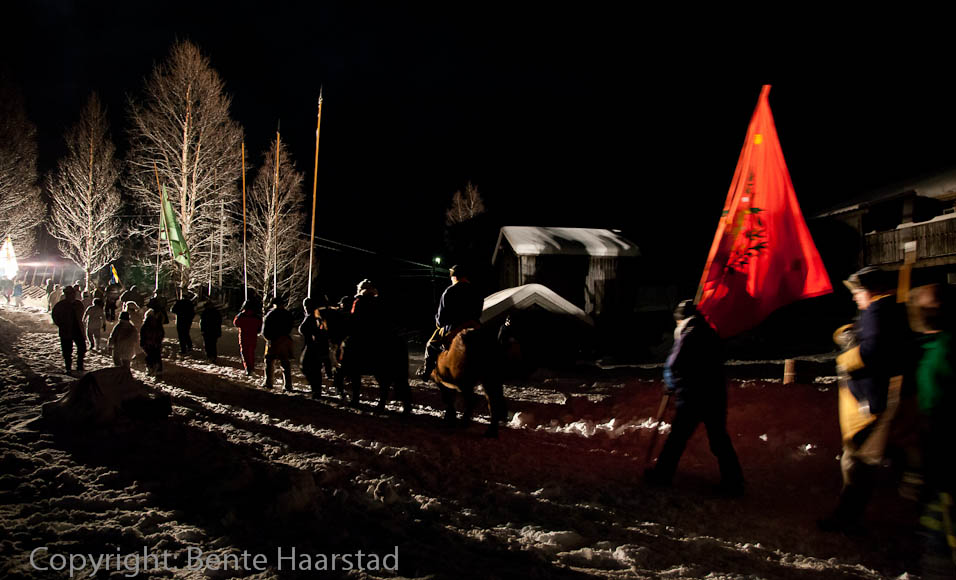 Ps. No artificial snow is ever needed for this outdoor play in Tydal.

28 thoughts on “Shooting in a blizzard – Karolinerspelet”