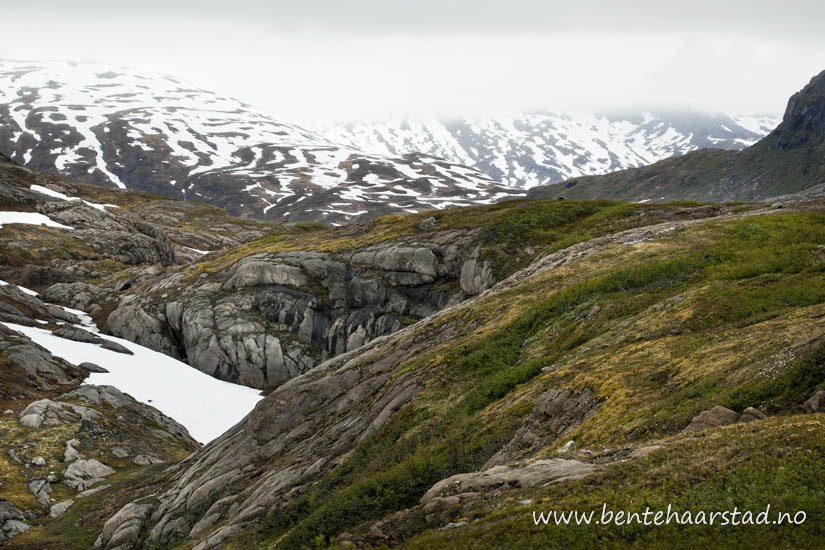 Láhku is a new national park in Norway, established in December 2012. It is in Nordland, quite far north, and the most special about this park is the geology and the botany. I went there on my trip up north earlier this June, and only for a short stay.

The mountain Glomfjellet has the largest area of alpine karst in Scandinavia. Karst is a geological formation shaped by dissolution of a layer, or layers of soluble bedrock, usually carbonate rock (limestone or dolomite) or gypsum. It can also be weather-resistant rocks such as quartzite, according to Wikipedia. Map and more information (norwegian) on geoportalen.no.

There was still some snow on this mountain, Glomfjellet, and melting snow means theat the mountain flowers are in a hurry too bloom and make seeds since the summer is so very short. The geology here makes the flora very rich, but many of the plants flowers so early that not many people see them. I was lucky, since there were many mountain flowers around. 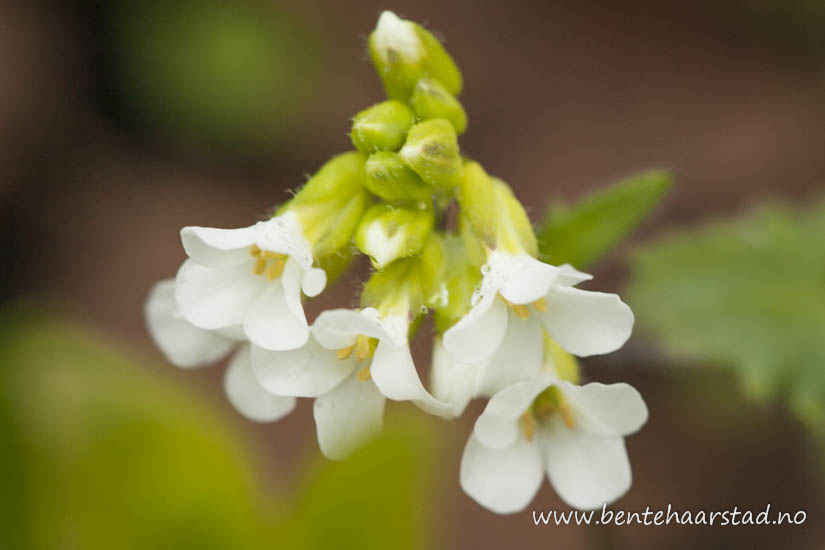 This is a mountain Primula, either a Primula Scandinavica og Primula stricta. The first one can only be found in Norway and Sweden.

The Mountain Azalea (Loiseleuria procumbens, greplyng). And others. Láhku is from the indigenous sami language and means something like a plateau high in the mountains. There are more pictures in my Láhku photo gallery, and in my mountain flowers gallery. 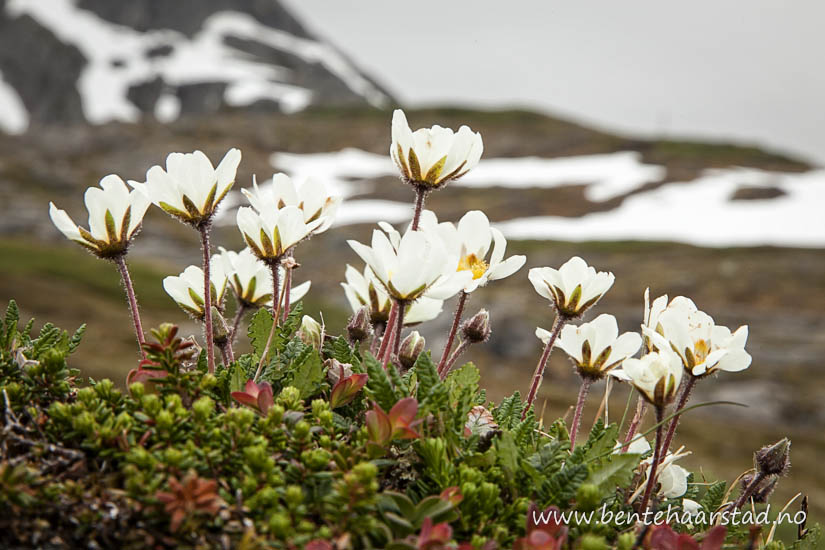