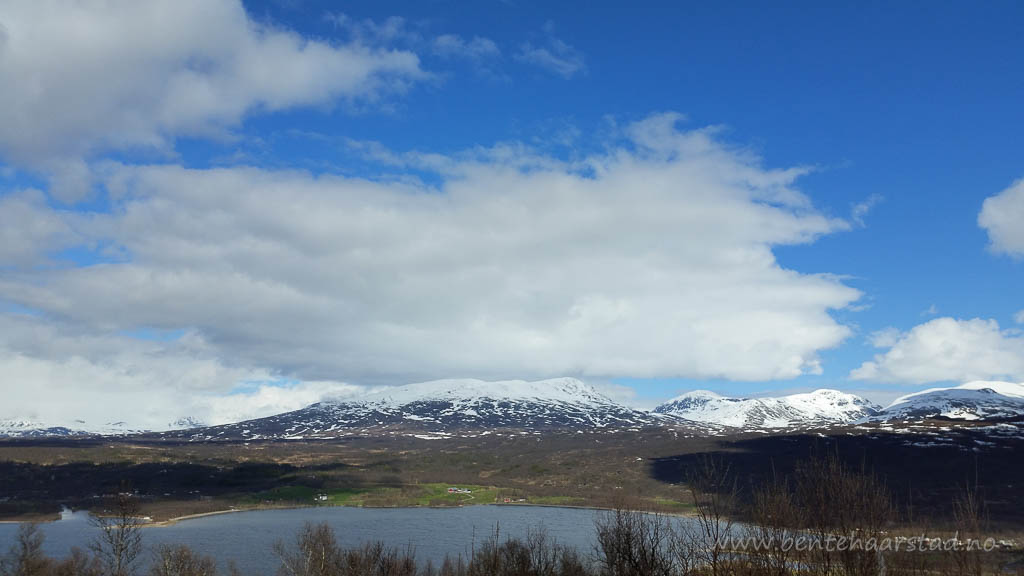 The borders to the Scandinavian countries have more or less been completely open for migrants from outside Europe. They could just say «asylum» and they would be let in, in many cases rewarded with a passport, often citizenship and a free ticket to all our welfare. This have now changed. Denmark made restrictions some time ago. Sweden and Norway have during the last days «closed» the border, and made a lot of restrictions for those who still might get asylum granted. There are also restrictions at the border.

The new policy worked very fast, and few people are now trying to get asylum. Actually zero at the border with Russia far up north. This shows that this kind of information is going very fast, and also, that probably that seeking asylum in Scandinavia for many wasn’t to save ones life, but to get a «better life». A welfare paid for by all our taxpayers.

140.000 migrant crossed the Mediterrean Sea in November only, and all togheter between 800.000 or more than a million this year. These are illeagal immigrants, since thay don’t have visa for Europe. Most came through Turkey, and Turkey let them cross. That is untill Monday. That day 250 turkish policemen suddenly appeared on the beaches to stop the migration and arrest smugglers. EU made an agreement with Turkey that day, agreeing to pay Turkey 3 billion euro for trying to stop migration, and taking better care of refugees. Tyrkey also want visa-free travel in Europe for all its inhabitants, and eventuelly to apply for EU-membership. This surprise me. How can Europe accept blackmail as a way to make agreements, and what will be the result of this agreement?

Scandinavia are among the most peaceful countries, and there have been no war or conflict in our region since World War II, that is 70 years ago. No war in neighboring countries. So it is quite sure that the people «fleeing» into our countries, 80.000 to Sweden only the last two months, were not comming to save their lives. There are probably 1 billion peoples in the world who could need a better life, and about 60 million war refugees. Will the world be a better place if we let all in, or everybody who wants to come? A lot of Scandinavians think so, at least among politicians and journalists. They have been talking about «saving refugees» and «welcome refugees» for months. Untill it was almost full stop.

Two things happened that madet his change. The terror attacks in Paris 13 November, where about 130 people where killed by islamists. Sweden was about the same time literally full. There were actually no more housing possible to all the migrants. Not even one mattress available. The politicians who had welcomed half the world was suddenly crying on TV, and they had to change the policy to one that resembled the policy of their despised enemy, the right wing Sverigedemokratene. Social collapse threatens, not only for migrants, but for all the society.

Anybody who have tried to oppose the liberal immigration to Scandinavia, and this is maybe the case in all Western Europe, have been utterly despised. A mass immigration that is going to change not only our country but all of Western Europe is not to be discussed. If you did, you were evil, and it certainly was no good for seeking a career. This have changed, at least to some extent. And that make sense. Norway is a small county with about 4 million native inhabitants, and about 1.2 million with immigrants background. All arriving the last 40 years. Many are from Sweden or Eastern Europe, but we also have large diaspora populations from countries like Somalia, Afghanistan, Irak, Syria and Eritrea. There are sunnis, shias, kurds, but persecuted Christians have for some unexplainable reason had a hard time finding refuge in Norway. All these new people of different origin are, or will be, settled in more or less every community in Norway. From the smallest village to the biggest city. Our bigger cities already have large immigrant communities.

This country may not be perfect for immigrants from the Middle East?

Some local communities are protesting, like this village that has 40 inhabitant and now maybe will get more than 600 asylum seekers located there. Local protests are often not heard. More and more immigrants are also complaining, like these asylum seekers that have to live in tents for a while, but don’t want to share with men from other countries. Europe was maybe not as expected, which is no surprise if they were promised gold and honey by human traffickers comming here.

I am among the worried people. Not because I don’t want refugeees or poor people to be helped, but because I believe we are helping in the wrong way. I think that this liberal immigration will be a great risk for our Scandinavian countries and Europe in general. A vast challenge for our culture, peace, security and economy, because somebody made the wrong decision. That is a policy that «showers fortune on the few, kills thousands, and ignore millions», as said by Paul Collier, a specialist of developmental predicaments of poor countries.

While we are using billions and billions on settling migrants (90-94 percent can not document who they are), real war refugees are living in extremely vulnerable conditions in refugee camps in the Middle East region, where UNHCR lack funding. And elsewhere. In Yemen 7.5 million people lives with hunger, but who talkes of Yemen? Nobody around here. We are too busy settling.

So I wish for Norway and other European countries to study the rules of the Refugee Convention.: «A refugee, according to the Convention, is someone who is unable or unwilling to return to their country of origin owing to a well-founded fear of being persecuted for reasons of race, religion, nationality, membership of a particular social group, or political opinion.» It says persecution, not seeking a better life. If we used all our billions to support those who tries to make peace, to build their countries in democratic ways, and taking care of refugees in the meantime, then there is hope for a better world for all. And keeps the asylum for the persecuted ones, those that really need a refuge, untill they can return and rebuild their country.

One example on how we are misusing resources right now. The cost for 15 minor «refugees» comming alone to Norway from Afghanistan takes the same amount that Norway spends on a program for the region of South America every year. This program will now be terminated. We are saving money for others. But how can minors be persecuted, shouldn’t they be sent back and be taking care of by their parents? There are so many reports now that many of these young ones are sent to Europe to make money, and the only ways they can make money is in reality by criminality or other ways that are not good for them or us. According to the Swedish economist Tino Sanandaji expected expenditure on these minor migrants comming to Sweden from Afghanistan is projected to be 34 billion SKR in 2017. That’s more than the budget for UNHCR operations in Syria, Iraq and Afghanistan, but still not as much as Afghanistan’s total government expenditures of just under 45 billion SKR. We are rich countries that wants to help, but as it is now we are spending the money wrongly. We are probably able to help more or less all the war refugees, at least all the war refugees from Syria, but it is not possible by immigration. By immigration we are helping just a few, but for our societies they are still too many. By changing out policy we would probably stop others from making a dangerous journey, and we could have helped so many more, where help is really needed.